Invasion of the Cosplayers 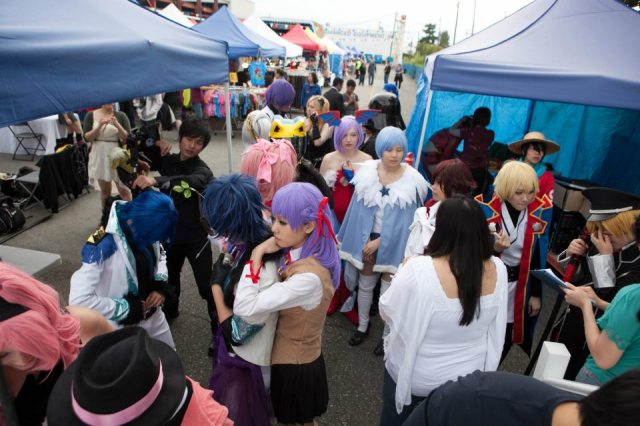 For those who don’t recognize the style, these people are cosplayers. According to Wikipedia, cosplay (short for “costume play”) is a type of performance art where the participants wear costumes representing characters from media such as comic books, movies, and computer games.

Being a bit of a geek, I’ve been at plenty of non-Halloween events where people dress up in costume. Science fiction conventions, for example. And Renaissance festivals. I’ve never worn a costume, though. (Except the time I dressed as a belly dancer. But that was only because I lost a bet. Long story.) I’m not a costume kind of person. I’m much too…what’s the right word? Dignified? Reserved? Conservative?

Anyway, I may not be a costume wearer but I have observed. At the SF conventions I attended a few years back, costume wearing was almost exclusively restricted to the masquerade on Saturday night. True, an occasional revealing bodice or incarnation of the Doctor might have shown up during the day. And there was that one person who started out the morning as a guy and slowly morphed into a girl as the day went along. But the full-blown costumes showed up only when it was time to parade across the stage and possibly win a prize. (I desperately want to work the phrase “prosthetic forehead” into this paragraph, but I just can’t make it fit gracefully.)

Renaissance festivals are more costume-centric than SF conventions. The attendees are supposed to immerse themselves in imagined times gone by. They actually blend in better if they wear a costume and talk funny. Most people dress as archetypes, like wenches, pirates, and fairies, rather than trying to perfectly mimic a character out of history or fiction. 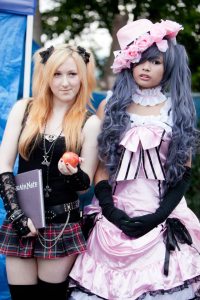 Despite the costumes, I have not heard the word “cosplay” applied to what goes on at SF conventions or Renaissance festivals. The word seems to be reserved for those who dress as manga or anime characters of Japanese or Korean origins.

Cosplay goes beyond the simple wearing of costumes. The more avid cosplayers adopt their character’s mannerisms and say the things the character might say. They strive to perfect their costume down to the last detail, in essence becoming their chosen character (albeit without the superpowers and other specialized abilities). 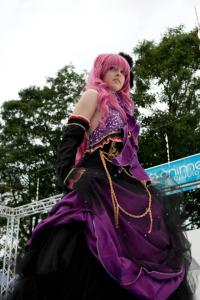 Their motivations are varied. Some are fans of their characters and want to walk in their character’s shoes for a day. Others may enjoy the attention. At the Night Market, I saw people getting their pictures taken with Sailor Moon, Senkaku Mei, and other characters.

“You get addicted to it,” one cosplayer told me.  “Once you perfect a costume, you want to build another. And then another. They can get pretty elaborate.”

For her, cosplay is an art form. Even one missed detail and the costume is a fail.

No matter their reasons for dressing up, cosplayers don’t seem to fear standing out in the mundane 21st century world of Chevrolets and mini-donuts. 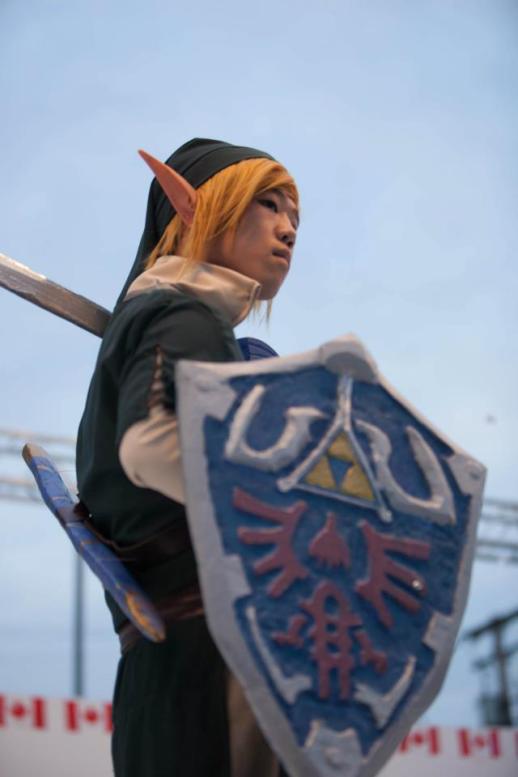 The photos were taken by an anonymous cosplayer. The cosplayers in the photos are participating in a cosplay fashion show for Anime Revolution.

I love reading, writing, and editing speculative fiction of all sorts. My current focus is on writing contemporary fantasy, where I get to play god with characters from myth and legend. My Norse-based urban fantasy, Valknut: The Binding, is available at Kindle Books and other e-book retailers. You can find me at my blog (marieloughin.com) and on Twitter (@mmloughin).
View all posts by Marie Loughin →
This entry was posted in Books, Life and tagged anime, Cosplay, manga, Night Market, Science fiction convention, Vancouver. Bookmark the permalink.

15 Responses to Invasion of the Cosplayers